Facebook has always been a boon for marketers, but the recent addition of ads on Facebook’s new video feature is a huge opportunity. With overlay advertising, brands and advertisers can create innovative ways to promote their products or services while appealing directly to specific demographics in order to reach an audience that may not have otherwise engaged with them.

Facebook has been testing a new monetization model for its video ads, which would allow advertisers to show ads over videos. The feature is currently in beta and only available on the Facebook iOS app. 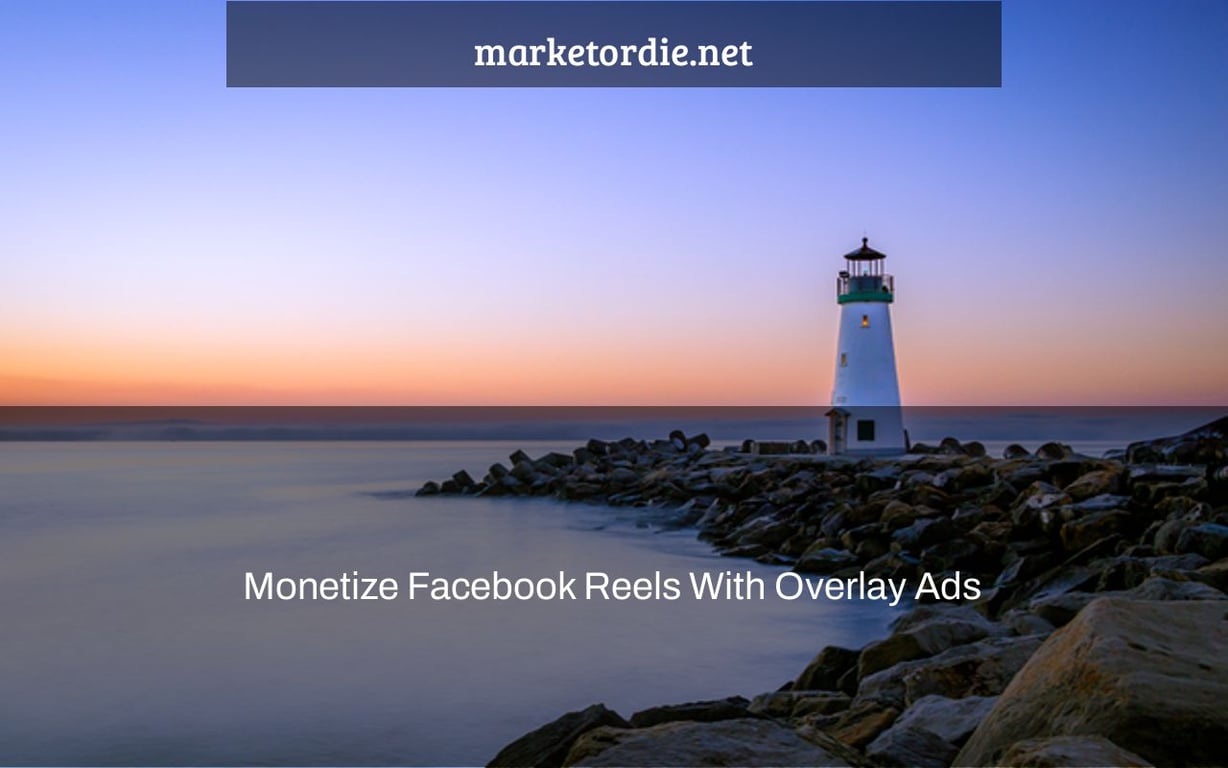 Facebook is experimenting with overlay advertisements to monetise its video platform, giving users another avenue to sell their material.

The commercialization of reels will be phased in over time. Almost all nations that now have in-stream ad programs will be able to use overlay advertising by mid-March.

Let’s get into the details.

This is a brand-new ad type that Facebook is experimenting with. There will be two types of overlay advertising available:

Both ad forms will be transparently layered on top of Facebook reels. This implies that viewers will be able to continue watching their favorite content providers while being quietly exposed to adverts that are relevant to them.

The overlay will be placed differently depending on the format selected.

These will show at the bottom of a Facebook reel for banner ads.

The video developer may pick where the overlay appears in the reel in the sticker advertisements format.

This new ad format test is not yet open to the general public.

If you’re already a member of Facebook’s in-stream ad monetization program, you’ll be able to use Overlay advertisements right away. There is no need to choose this option.

In the next months, Facebook plans to broaden its eligibility for in-stream advertisements, giving content providers additional options.

You’ll get a cut of the advertising money if you incorporate overlay advertisements in your reel. The actual sum is not specified by Facebook.

How to Begin Using Overlay Ads

You’ll be automatically elected into the banner ad format based on your eligibility for the in-stream advertisements monetization scheme. This does not, however, imply that an advertisement will appear on every loop.

The ability to display banner advertisements in your reels is contingent on a variety of circumstances, including:

By going to the Meta Creator Studio, you may opt out of having banner advertisements in your reels.

There are a few procedures to take in order to add sticker adverts to your reels.

While you may select the ad’s location, you don’t get to choose which ad will appear. Facebook will show an ad that is tailored to the specific person who is seeing your content.

Keep in mind that, like banner advertisements, sticker ads will not always be displayed for every reel, even if you want to show them.

What Are the Benefits of Overlay Ads?

It takes time and money to create content. As a member of the ad monetization program, you will get a piece of the ad income, enabling you to devote more time to developing high-quality content for the Meta platform.

Meta For Creators is the source of this information.

Facebook is now allowing you to monetize your Facebook Reels with Overlay Ads. This feature will allow you to show ads on top of videos, images, and other content that is being shared on the platform. Reference: facebook in-stream ads eligibility.

A: Yes, you are allowed to monetize your video clips on Facebook for a small fee.

A: Facebook in-stream ads pay about $1.00 CPM for clicks on their ad network.

A: The criteria for Facebook monetization is as follows.
-Facebook must be part of your business strategy in order to use the advertising product and you need that account with a lot of followers, likes or fans.
-Youll also have to come up with creative ways to grow those numbers beyond just posting on the site like normal users do.